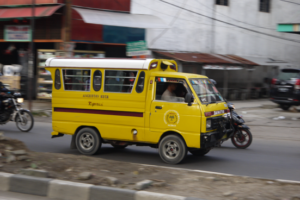 Illustration of BRT Station at Medan